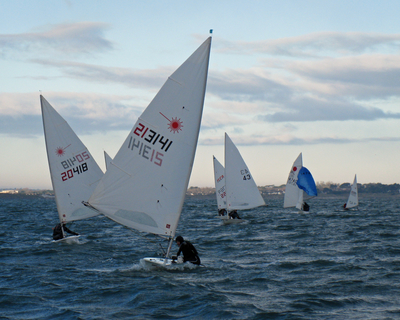 After missing out on racing the previous week due to a nasty easterly gale, the race officers of the HYC Dinghy Frostbites decided that three races would be run on 11 November, instead of the usual two. This effort to catch up on races was welcomed by the sailors across the fleets, as all eyed up an opportunity to climb another place or two in the series results, which remain tight across the board.


The eagerness of the sailors was muted somewhat by a stiff northerly breeze, stronger than expected. More than one sailor who had over-indulged on the prior evening after looking at a light pleasant forecast, was left contemplating their choices made the night before. The northerly breeze made launching a slow affair, but once sailors made it to the race course, they arrived to a laid Olympic course; shorter than usual, to allow the 3 races to be completed before any frostbite set in. All fleets started together each time, and were well behaved to get away cleanly.


In the ILCA 7s, the same four -- Ronan Wallace, Rory Lynch, Daragh Kelleher and Dan O’Connell -- battled it out around the racecourse each time, swapping places at each corner and fighting until the finish line. Conor Murphy trailed the leading pack each time, never quite breaking into it, finishing 5th in each race. Dave Kirwan and Stephen Quinn battled it out for 6th and 7th in each race, swapping positions more than once. Ronan Wallace leads the series by 7 points, and only 2 points separate Daragh and Rory in 2nd and 3rd, so it’ll be close-racing to close out the series. 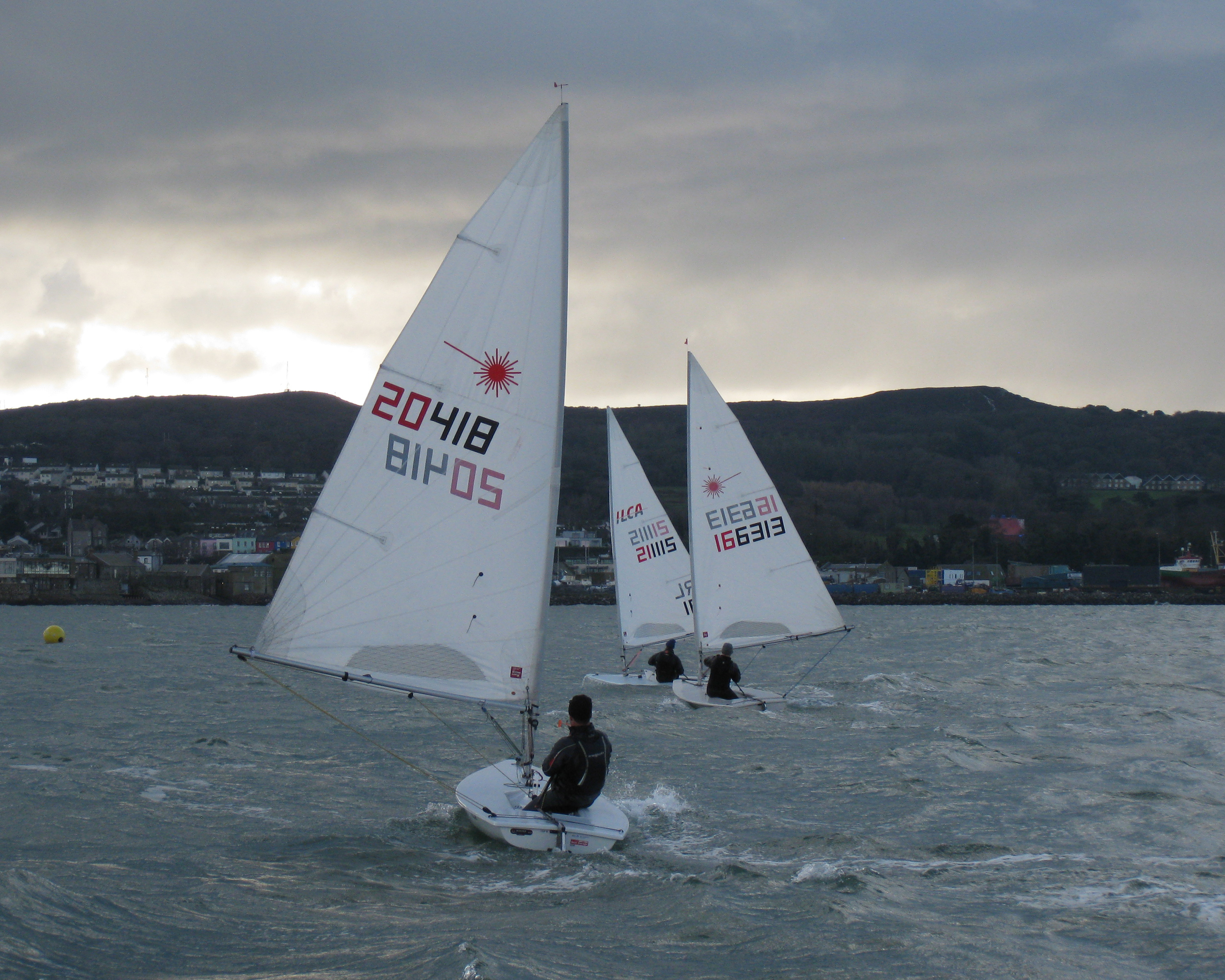 In the ILCA 6s, Marco Sorgassi demonstrated why he’s leading the series with a solid three bullets, beating many of the ILCA 7s around the course at the same time. Hugh Delap, Fiachra Farrelly and Una Connell filled out the rest of the fleet. While Marco has a 10-point gap to Hugh in 2nd, only 3 points separate Hugh and Fiachra in 3rd, so it’s all to play for on the 18th December.


In the ILCA 4s, Aisling Kelly had a stormer and clinched three 1sts, leaving Riaghan Boardman, Maebh Butterly and Charlie Power fighting it out over the remaining spots. Riaghan leads the overall series, but with only 2.5 points between him and Aisling; if Aisling keeps her form, then it’ll come down to the wire next week.


The PY Fleet saw Daragh Sheridan continue his dominance with another 3 wins in his RS Aero 7, while Abby Kinsella (RS Aero 6) and Hugo Micka (Fireball) fought it out for 2nd and 3rd places. Hugo leads the series overall but Daragh and Abby are close on his heels. 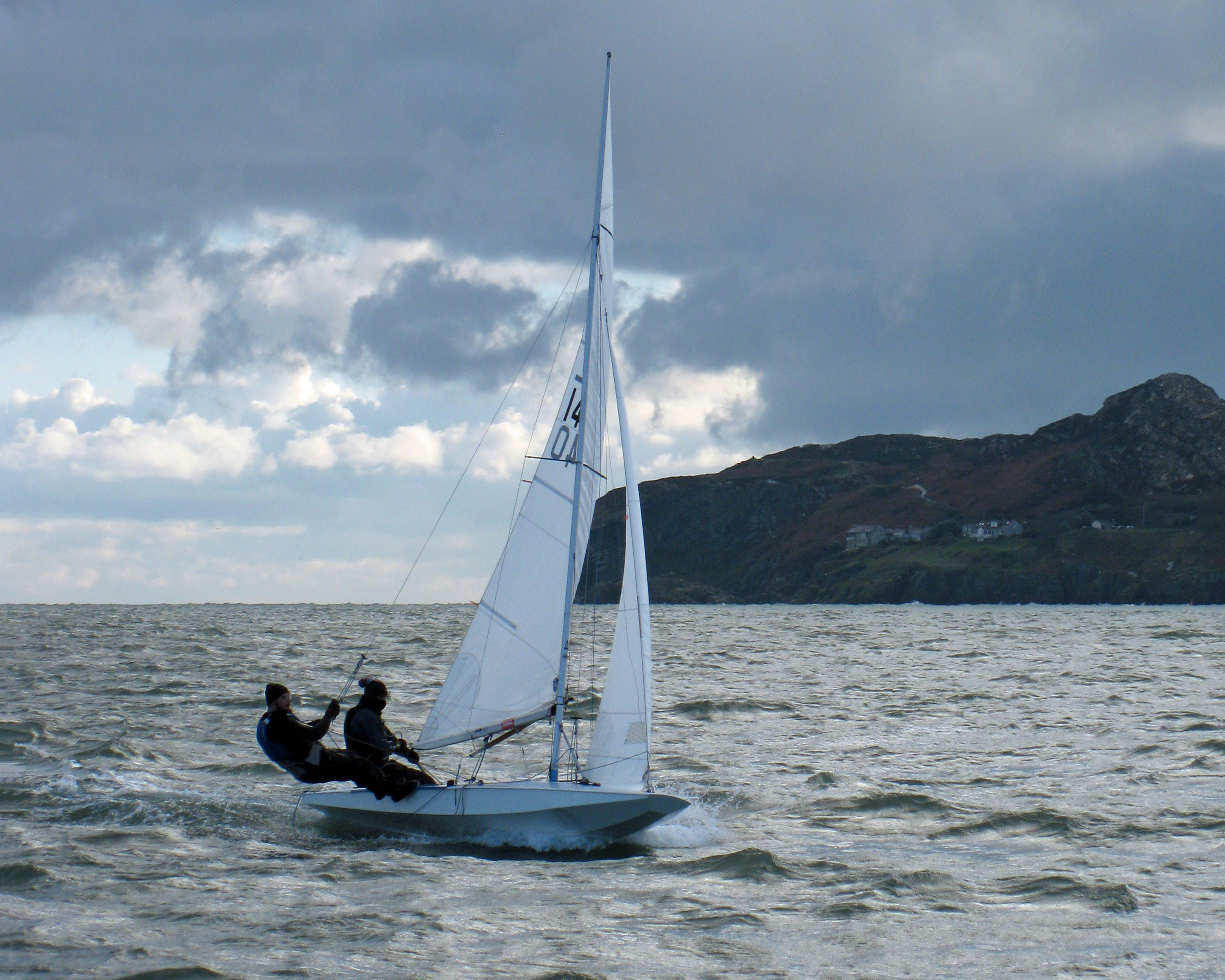 While the pre-Christmas series wraps up this coming weekend on the 18th December, there’s plenty more Frostbite sailing yet to come:

Overall results can be found here. 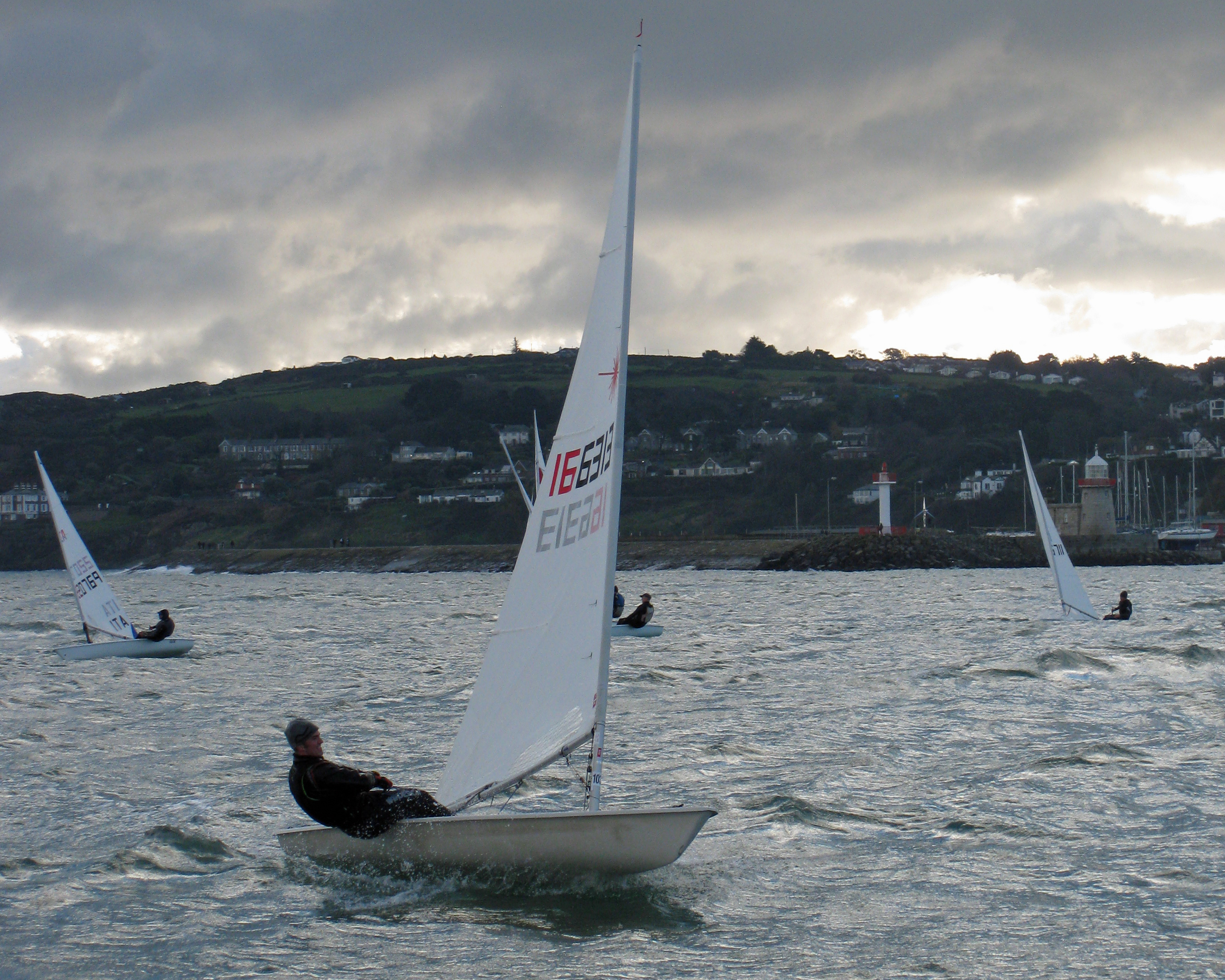