30 ROMEOs end up in the criminal courts of justice 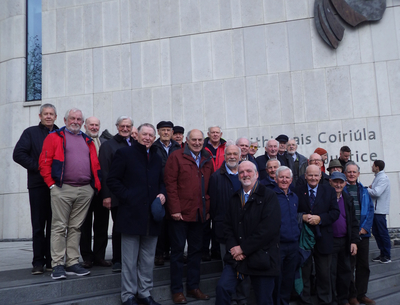 A ROMEOS early morning start, the 08.00 DART from Howth arrived in Connelly at 08.30, 6 minutes to get a LUAS from Connelly to Houston. The ROMEOS arrived at the Criminal Courts of Justice at 09.00 sharp. There was a great buzz, travelling by DART and LUAS during the rush hour, it was really great to see so many commuters on their way to work, ROMEOS wishing them well and earn lots for money and pay loads of taxes to support the senior travel passes and pensions. 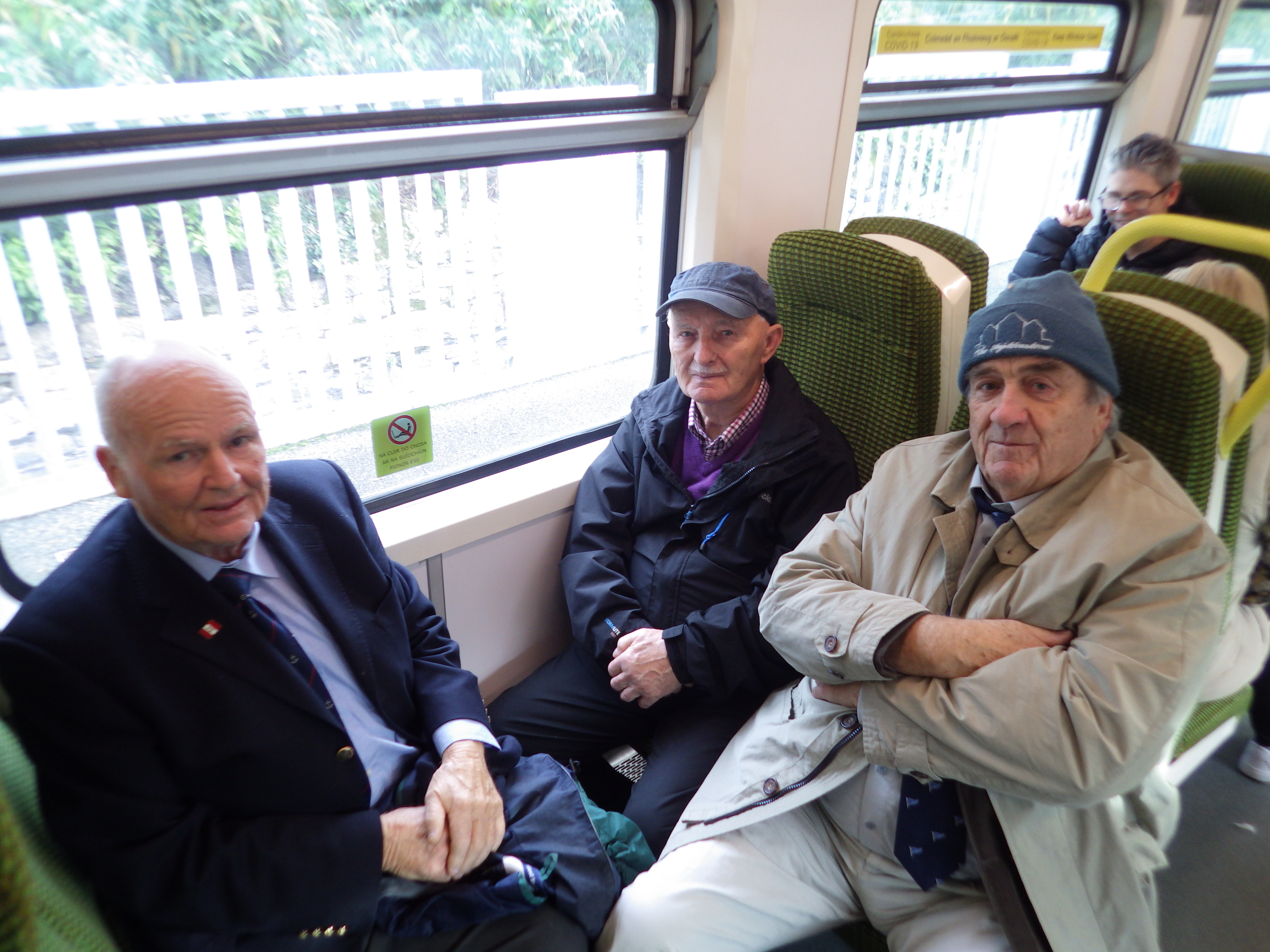 There was a limit of 30 ROMEOS allowed into the Courts building. The security was vigilant in case of riots. However their fears were abated, all ROMEOS passed through the security screen at the entrance to the court building, a few times the security beeper sounded, but only to be assessed as a pace maker or new hip or some other internal metal objects.

On entry we were welcomed by barrister “Perry Mason” who was designated as our introduction guide to the courts system. We were all made welcome. Our host told us in great detail the courts process from lower to high court and all the courts in between from ground floor to the top. 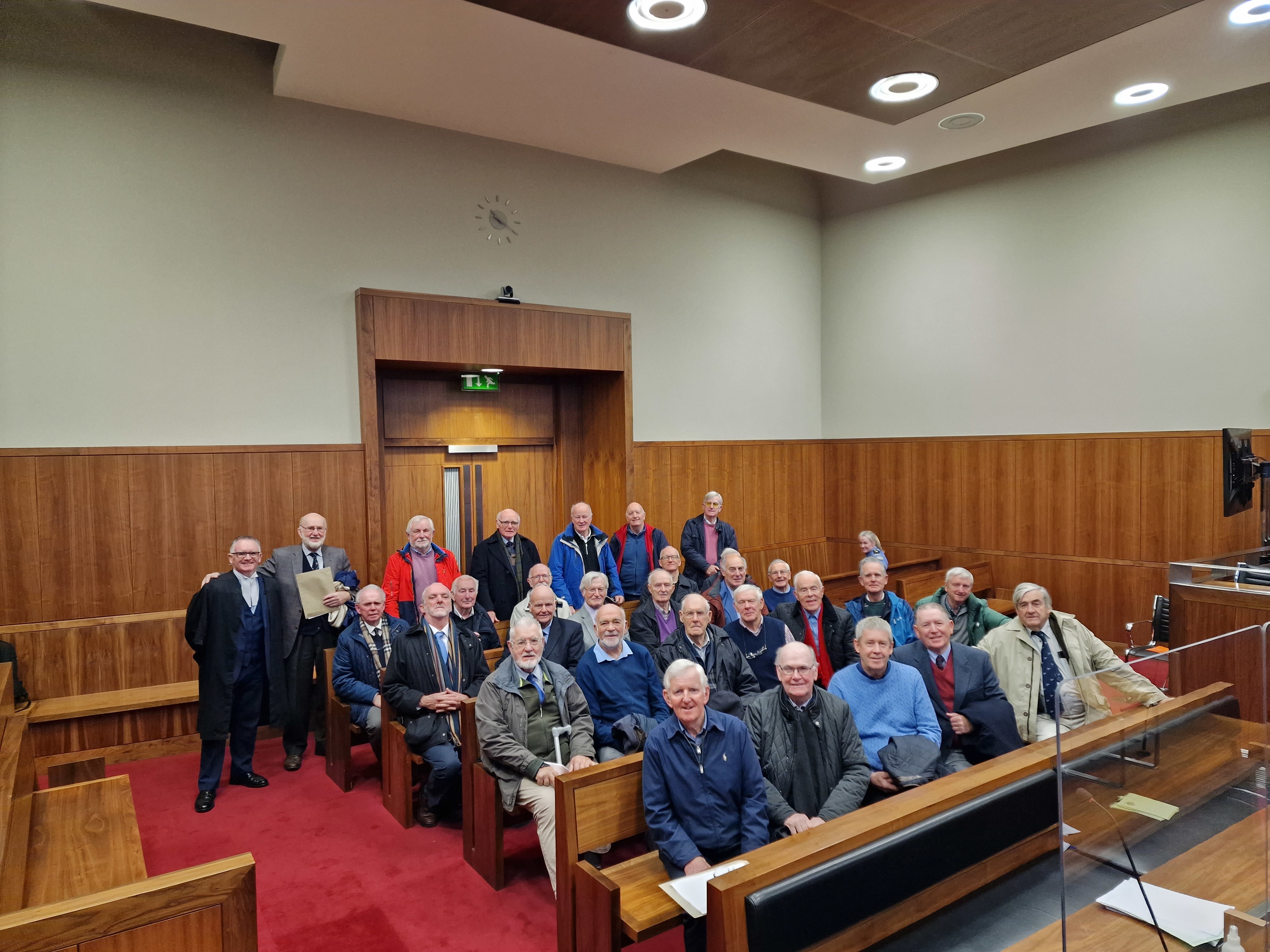 Having been shown the magnificent entrance gallery, the ROMEOS were taken to a courtroom which was not in session (no one admitted to have been in such a venue before). Barrister “Perry Mason” clearly explained the process of the trial and justice system; where each of the participants had their designated places. Dare not sit in the wrong seat or you would not know how your day would end. Garda Sargent “Kojak” explained the roles of Gardai and Prison Services in the courts system, and their responsibilities. 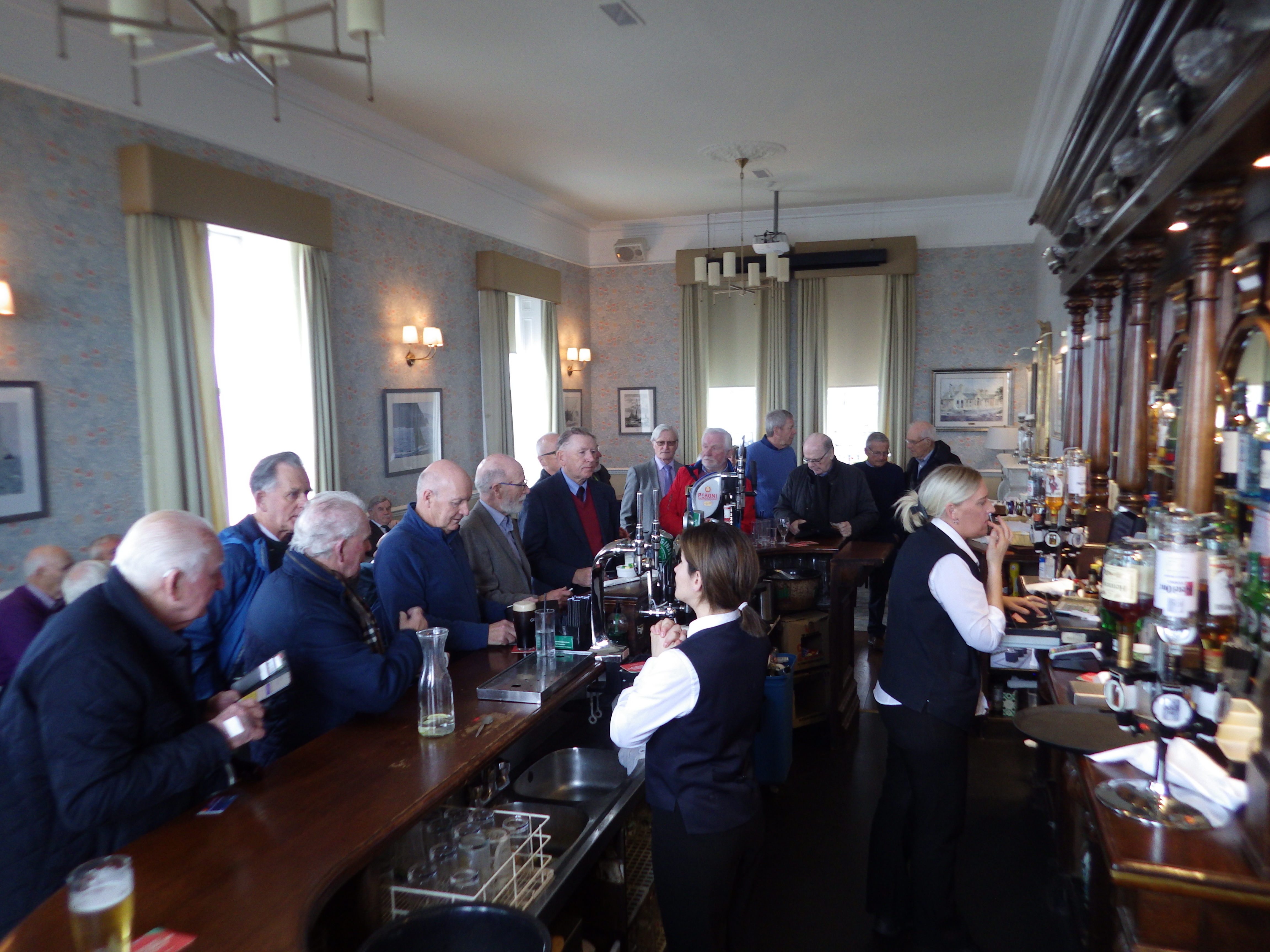 After the coffee break, our distinguished barrister “Perry Mason” had to attend to more pressing duties. However the ROMEOS were not too lost, Garda Constable “Mary Beth Lacey”, who was never too far away, took up the task of guiding and advising the best courts to visit. “Garda Lacey” knew where the best drama was to be seen and ensured the ROMEOS were looked after. Free rein was given and courts with the various profiles were visited.

The 30 ROMEOS have more than 2000 man-years’ experience and they think, they think, of everything. For this visit to the Courts, there was a surreptitious manoeuvre and they had the company of their own “HYC JUDGE Paddy” with them. Luckily the services of “HYC JUDGE Paddy” were not required on this occasion. Beware!!! the wheels of justice are slow and sure, no ROMEOS were found guilty yet.

12.30, after an amazing morning and brief look in at the organisation of the courts; it was time to depart the Criminal Courts of Justice. The ROMEOS dispersed by Luas and Dart to the National Yacht Club for a well-deserved liquid lunch. 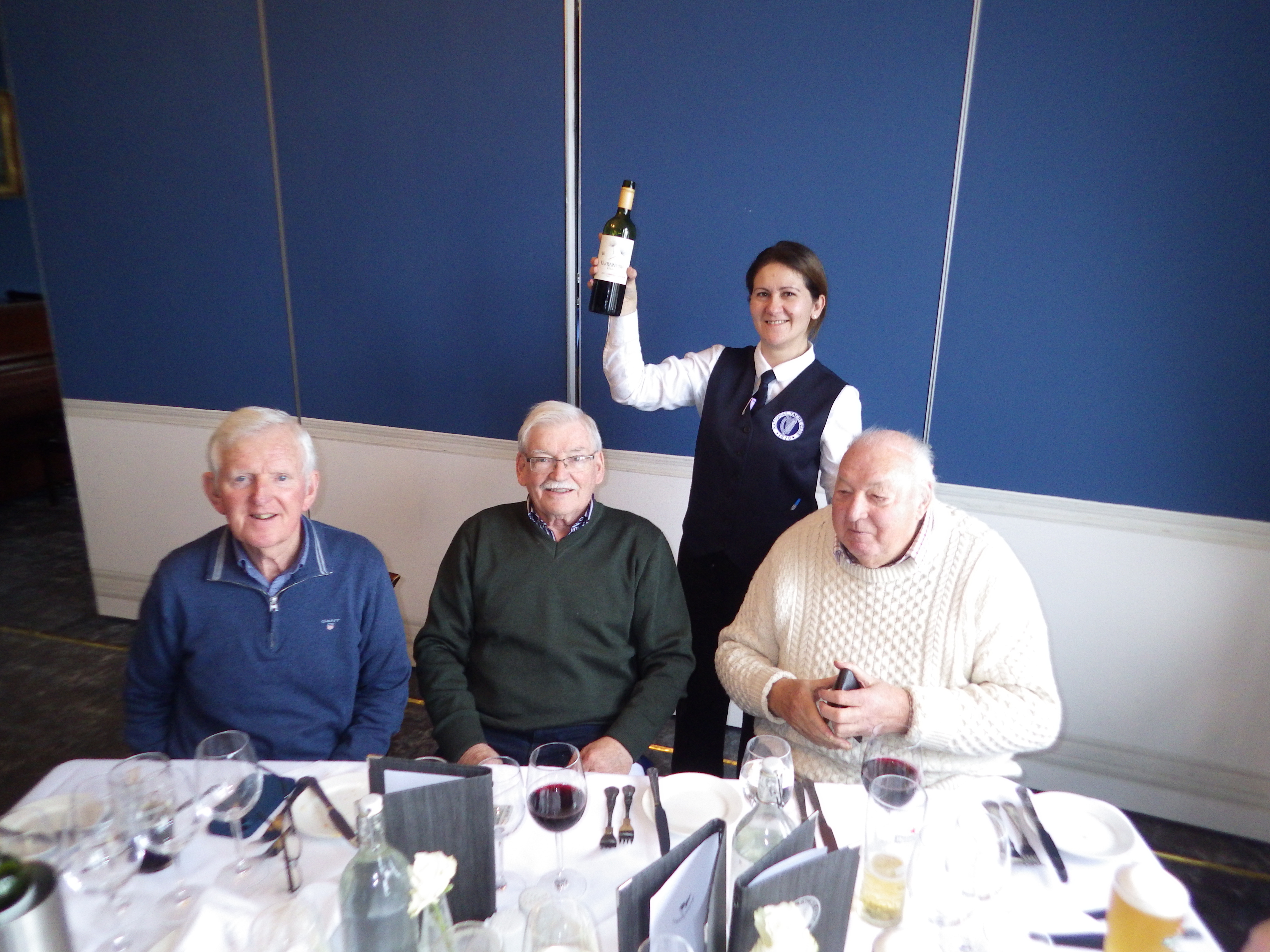 The Chief ROMEO, Gerry O’Neill, thanked Harry Whelehan for organising the visit to the Courts, and Gerry Sargent for communications. As usual our friends in the National Yacht Club made us all welcome and a beautiful lunch was had by all.

Look forward to seeing you all at the ROMEOS Christmas Lunch on 16th December.

P.S. This story is mostly true, except some of the names...