Dinghy Frostbites off to a sunny start at HYC 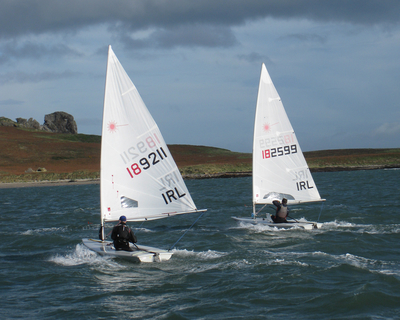 The HYC Dinghy Frostbites kicked off its 2022/2023 season in perfect conditions on Sunday, 6 November. With 40 boats entered, blue skies and a warm southerly breeze put on a special show of benevolence for the first of the planned 18 weekends of dinghy racing.

The regulars welcomed newcomers from all over Dublin and further afield. Also joining the fleet were some long-time HYC members --lately more used to keels and crew delegation -- who have swapped their usual chariots to experience hiking pads, toe-straps, and the challenges of verticality - welcome to Colin and Ronan. The 22/23 series is a first for the long-running event in that a PY class is competing alongside the traditional Laser/ILCA competitors. 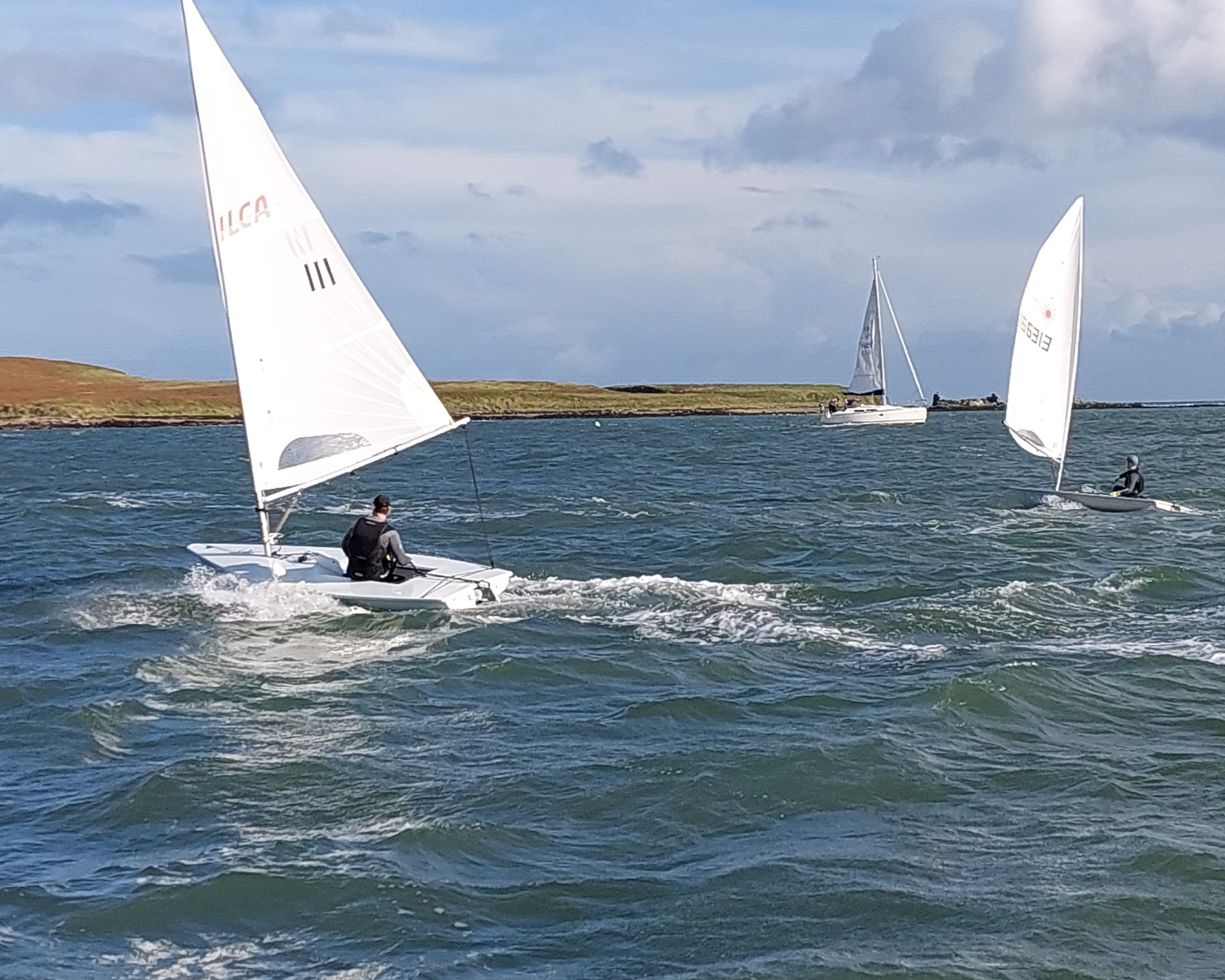 Racing kicked off after a slight delay, due to the shifting southerly breeze coming over the Head. A highly qualified team of Neil Murphy, Richard Kissane, and Liam Dineen started all the Classes together. The strong ebb tide, and an excess of enthusiasm by some to bag a front row spot, saw the fleet immediately earn the first General Recall of the winter. A successful restart under the U flag sent the fleet on their triangular course.

Due to some challenges in finding the gybe mark (or at least the correct one from the selection available) in the rougher water of the Sound, a windward-leeward course was set for the second race, which got away cleanly on the first attempt. 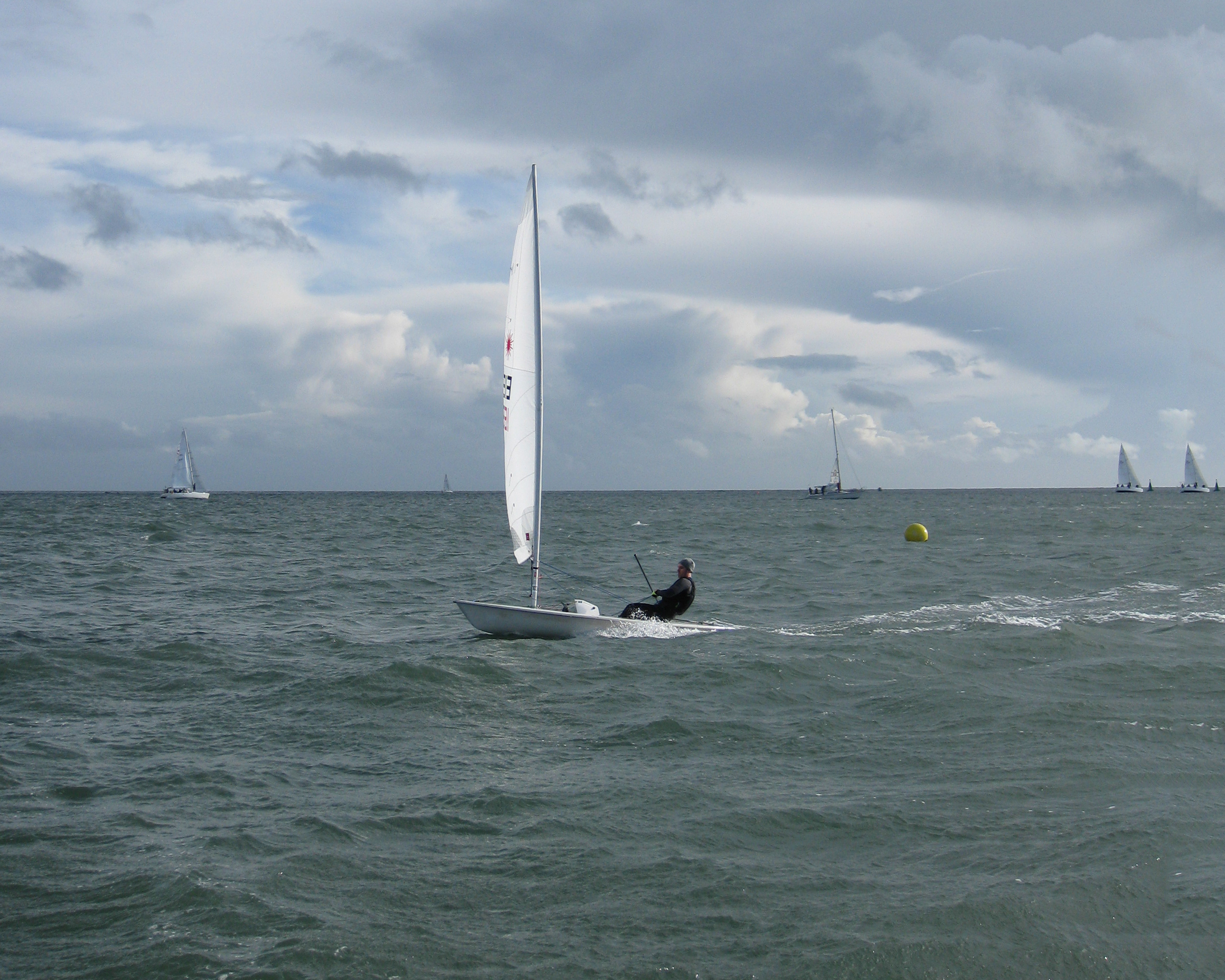 Competition is tight across all ILCA fleets, with 4 of the top 5 Irish ranked sailors competing in the ILCA 7 fleet. The 7s saw very close racing with multiple lead changes throughout both races, as each sailor sought the best breeze and least tide on a challenging race track. Series regulars Ronan Wallace (1, 2) and Daragh Kelleher (3, 1) lead the fleet, followed by event newcomer Rory Lynch (2, 3). A special shout-out goes to Conor Costello for finishing the first race before accepting defeat, and acknowledging that the bung is definitely a critical piece of equipment and best fixed in the transom before going afloat - he thankfully made it back to the Club before going into full submarine mode. 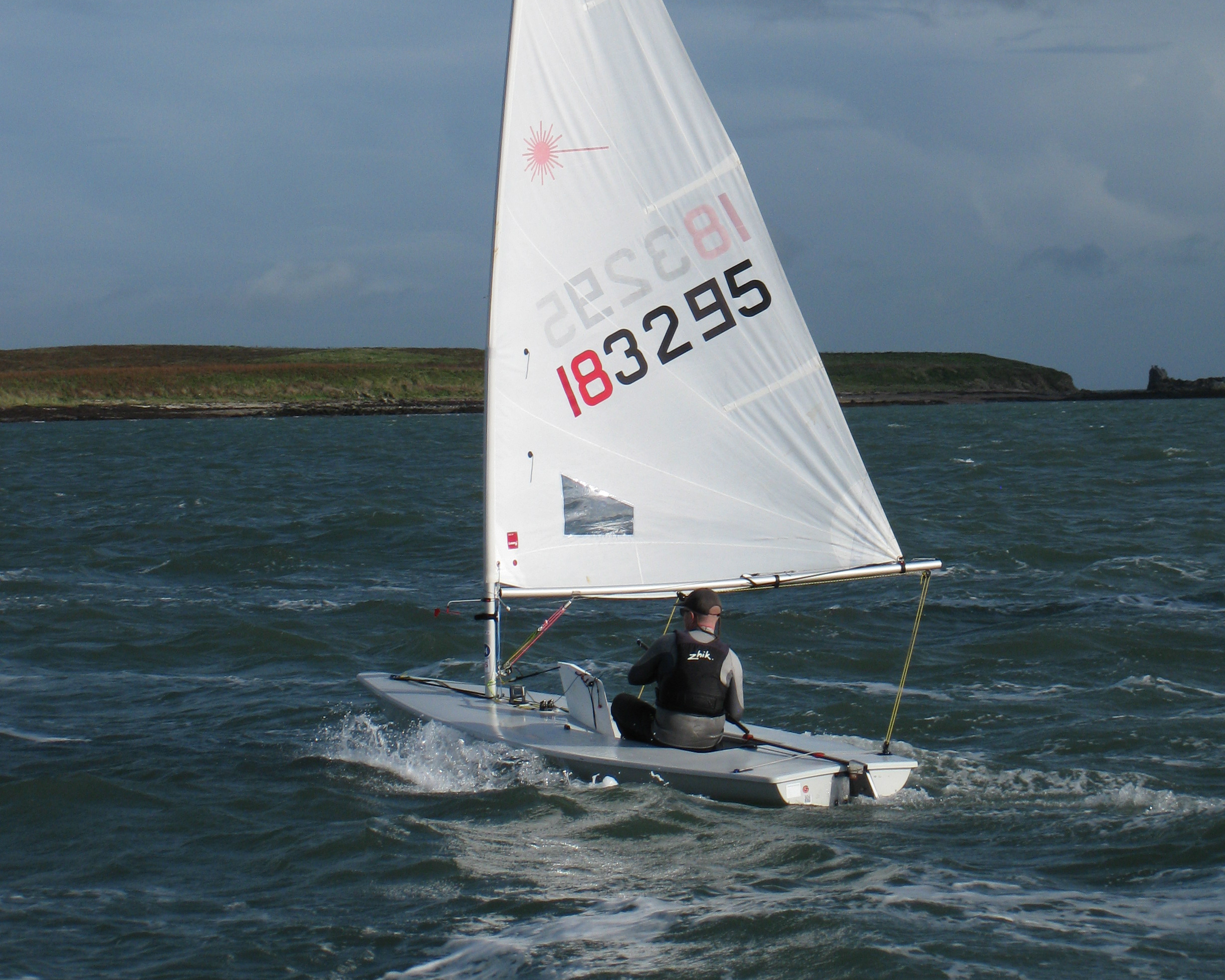 A strong turnout in the ILCA 4s sees Howth’s Cillian Twomey leading the pack, with Ciara McMahon, Des Turvey, and Aisling Kelly trailing, only a point separating them.

The new PY fleet had a mix of participants today, and is being led by ex-ILCA 4 sailor Abby Kinsella in her RS Aero 6, winning convincingly over Aoibhinn Farrelly’s RS Feva and Hugo Micka’s Fireball. Competition is sure to ramp up over the coming weeks, with more RS Aeros already entered, as well as an RS800.

The series continues next week, and all dinghies from all clubs are welcome to take part in some of the best winter racing in the country.

Full results and entry forms are available at the links below.